What a great weekend!  We had a wonderful time with great food and lodging, great weather and scenery, and best of all, great friends and beautiful Porsches!  Seven Porsches left Reno Friday afternoon, May 3, and headed down Interstate 80 to Larkspur, California.  John and Alice Strom led the pack followed by Ron and Denise Lewis, John and Deb Hertel, Ozzie and Millie Smith, Hal and Karen Mintun, Rory and Amber Spellman.  Bill and Sarah Lee Murphy, Gary and Louise Bullis and Maiko Woodson-Mendoza joined up with the group in Larkspur.  This was the fourth Coastal Cruise to Cabot Cove, with the previous three five years apart (2004, 2009, 2014).  It’s so named because the destination, Mendocino, was used to represent Cabot Cove, Maine, in the old television series Murder She Wrote.

The Larkspur Courtyard Marriott has a delightful firepit area that was perfect for our late afternoon cocktail party.  All the participants came prepared with lots of wine and snacks.  While we sampled the goodies, John reviewed the answers to the Porsche Acronyms quiz participants completed on the trip down.  Two prizes were awarded – one for the most correct answers (won by Ron and Denise Lewis) and a second for the funniest answers (Ozzie & Millie Smith).  It’s fair to say our group wasn’t very up on current Porsche acronyms!  A short walk across the street brought us to the Marin Brewing Company for our dinner under the stars on their outdoor patio.  The evening was filled with lots of laughs and a great feed!  Tired and full, we headed back for a good night’s rest. 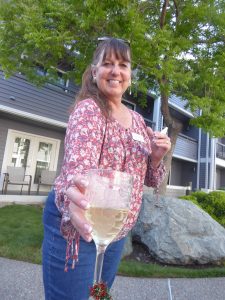 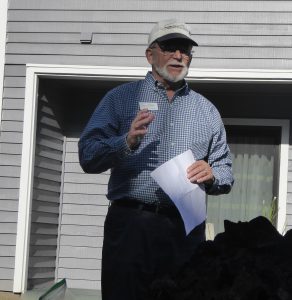 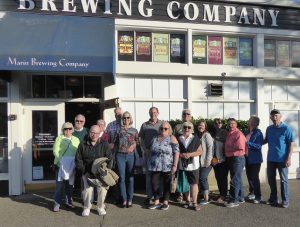 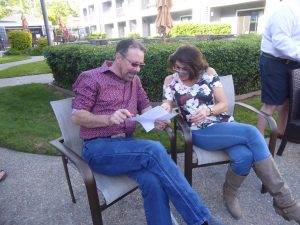 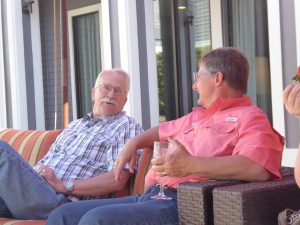 Bright and early the next morning, May 4, we filled our tummies with breakfast and our cars with gas and began our drive up scenic California Route 1.  The views were glorious, the sun sparkled over us all and our first view of the Pacific was spectacular.  Route 1 never disappoints, and Saturday was no exception.  Our first stop was at the Muir Beach Overlook where we parked the ten Porsches in a neat line – great for some quick pictures.  We enjoyed the views and took a group picture with the ocean in the background. 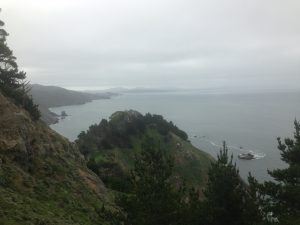 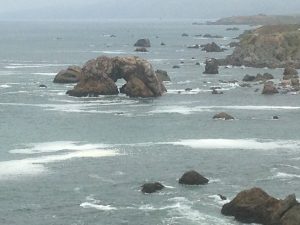 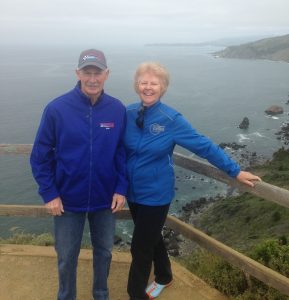 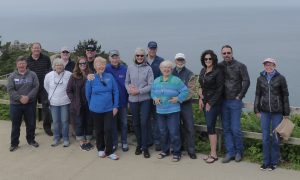 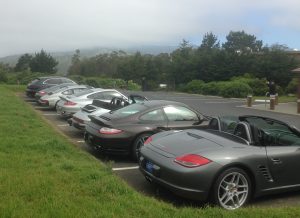 Our coffee stop/bio break at Point Reyes Station offered boutiques and more as the ladies in the group were tempted by one-of-a-kind-items.  We enjoyed the coffee and a stretch there.  Back in the cars, we headed north through long sweepers and coastal towns.  We dodged some bicycles along the way and of course encountered some slower traffic.  There were some nice long stretches where we could enjoy the great road!  We all thoroughly enjoyed the magnificent Spring weather and scenery!

We made one more photo stop before lunch where we assembled the cars and the people for a great shot with the ocean in the background. Lunch at the Ocean Cove Bar & Grill was excellent.  We sat out on the deck and enjoyed the warm sunshine and beautiful view! 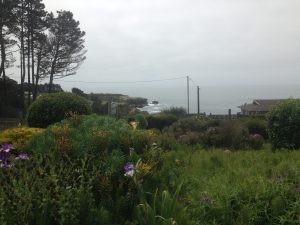 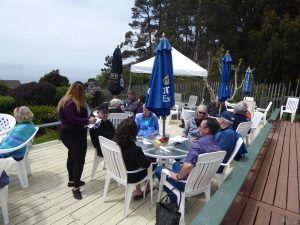 After lunch we continued up to our hotel in Fort Bragg, arriving by midafternoon.  Once again, we had a social 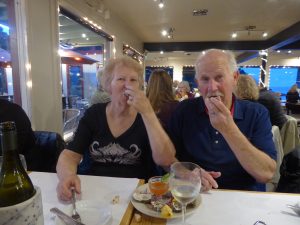 get-together before driving down to Nogo Harbor for dinner at Silver’s at the Wharf.The food was fantastic, as was the spirited conversation.  It was a great way to cap off the day!

The drive home (…or to other places) on Sunday May 5 was on-your-own, with several alternatives to enjoy.

Thanks to all who participated.  Let’s do it again…in another five years!