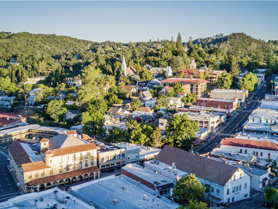 There will be a gathering of 968 owners this summer in Sonora, CA, June 29th to July 2nd. Sonora is located on historic CA Highway 49, at the foothills of the Sierra Nevada Mountains! Think Winding Mountain Roads!

In the beautiful Sierra Nevada Foothills, in the heart of California’s “Gold Country” lies Sonora, named after the miners from Sonora Mexico who settled the City in 1848. Known as the “Queen of the Southern Mines”, Sonora still holds onto its historic downtown charm while thriving as the commercial, government and cultural center for the region. This should be a great base for scenic drives, social time with fellow 968’ers and exploring the local region!

For those who made the 968 Gathering in S. Lake Tahoe, this is a little southwest of that and we will have an opportunity to enjoy some of the same styles of roads and scenery! Stops are being planned at several nearby historical venues.

The base hotel is the Sonora Inn (www.thesonorainn.com/) with discount rates of between $135-$145 per night; depending on room type. There are other higher-priced  hotels/inns/B&Bs and some lower-priced lodging to suit all pocketbooks and tastes.  One caution, there are no first floor rooms at the hotel and the elevator is under repair and may not be operational. If this is a concern, they have an adjacent property with first floor rooms that you can book.

Make your reservations no later than May 29th to check-in on Friday, June 29rd and check-out on Monday, July 2nd. The block of rooms will be released after May 29th. Ask for the “Porsche Club 968” special rates. Reservations should be direct to the hotel at 209-532-2400. For more details and to let us know you are coming, contact us at oy-koh@comcast.net