I rode the Lake Tahoe Flume Trail almost 20 years ago and have wanted to return with the 1998 Porsche Bike S ever since I rebuilt the mountain bike.

Mid October I rode with some friends along the Tahoe Rim Trail and connected to the Flume Trail. It was a cool and breezy autumn day but absolutely perfect for a mountain bike ride.  The ride was a nice mix of fast and curvy dirt and sand single track, steep uphill and downhill sections and technical rocky riding. I’ll admit, some of the rocky technical riding was above my skill level, but completing the ride provided a sense of accomplishment.

Both the Tahoe Rim Trail and the Flume Trail provided amazing views of Lake Tahoe. And some seriously exposed areas that dropped thousands of feet to the lake level. The ride was about 20 miles and took about four and half hours to complete.

The Flume Trail is all that remains of the flume used to move timber from Tahoe to Virginia City during the gold rush. The flume was a man-made wooden waterway built at a decline to use water to float the logs downhill until enough speed to push the wood over the mountain and then back down the other side to the growing mining city. During the gold rush, Tahoe was stripped of most of the forest. Today, the Flume Trail is only a single track bike and hiking path among a new growth forest.

At the end of the trail, I had an Oktoberfest beer to celebrate the great ride and amazing day! 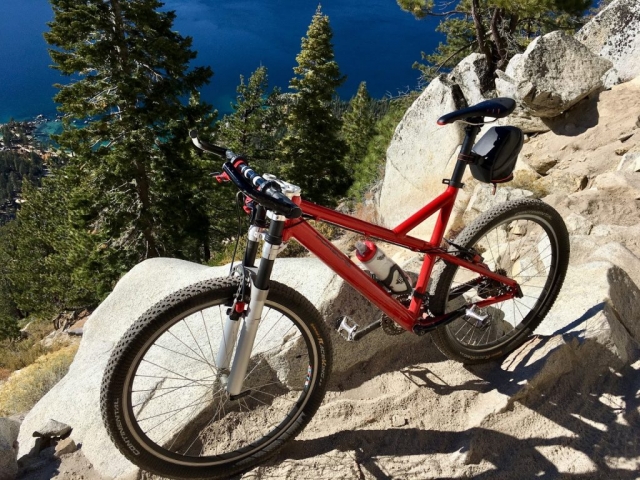 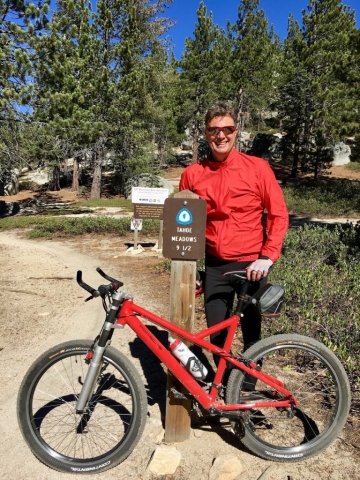 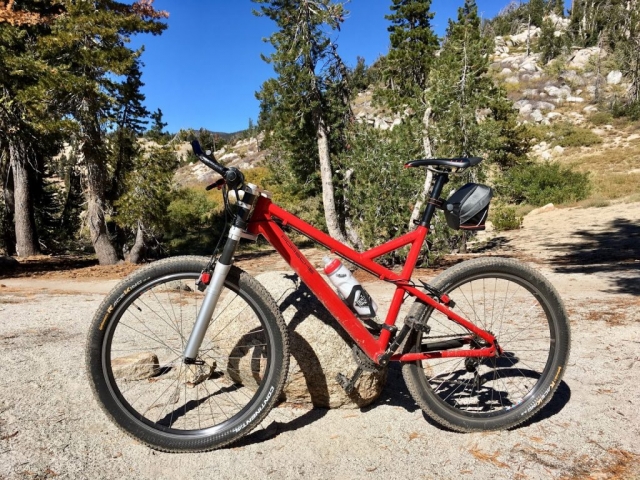 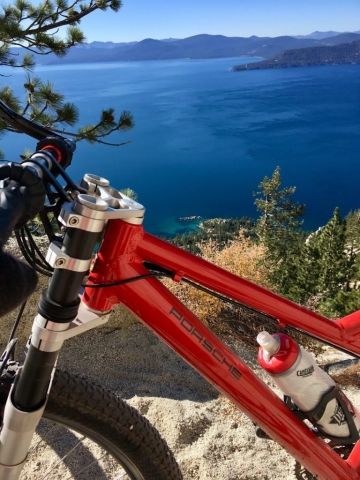 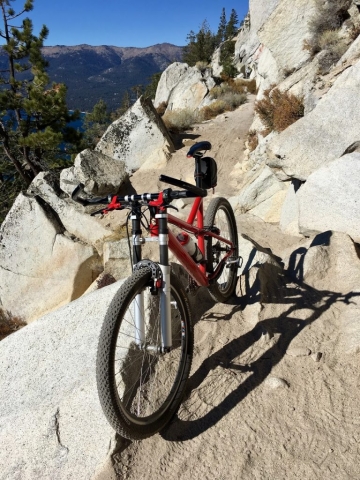 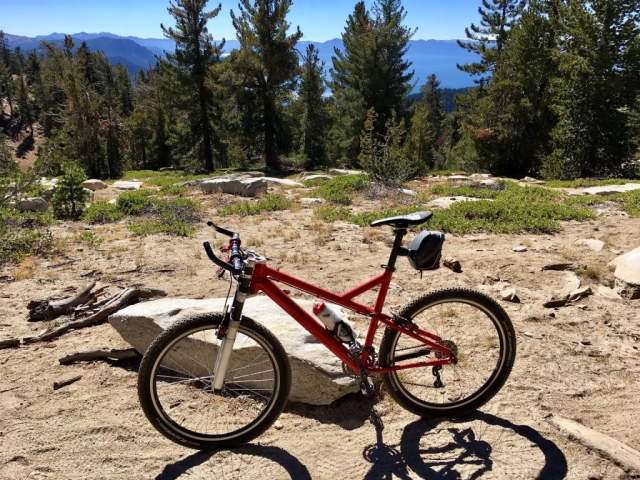 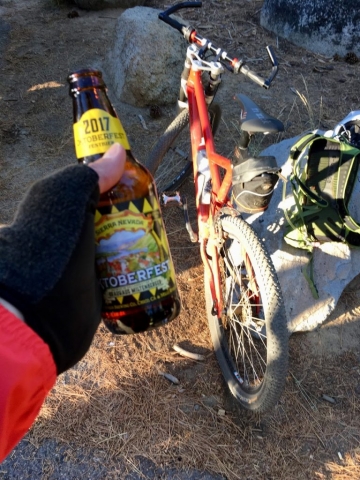 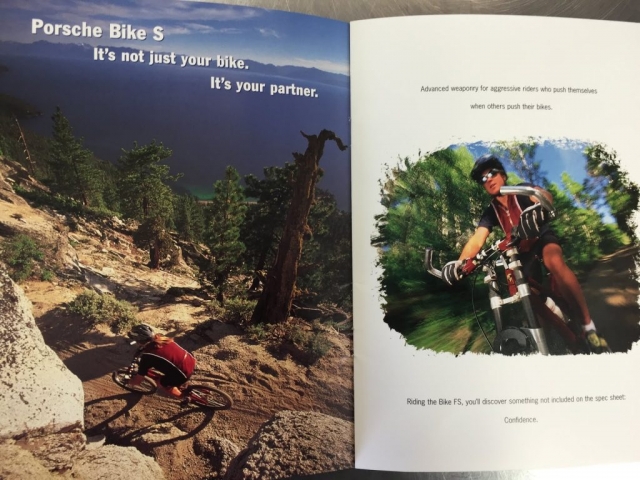