We kicked off the weekend event with a wine social at Napa-Sonoma South Restaurant.  It was hosted on the patio by the club.  Refreshments and hors d’oeuvres were served.  Some folks took time out to participate in Ragnar’s annual Porsche Tech Quiz.  Following the wine social, several members stayed for dinner, which is always a treat at Napa Sonoma. 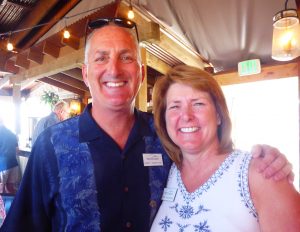 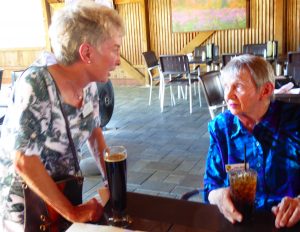 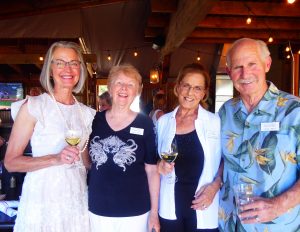 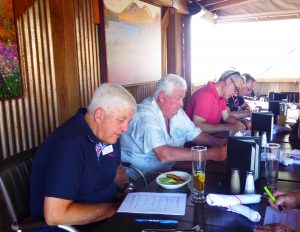 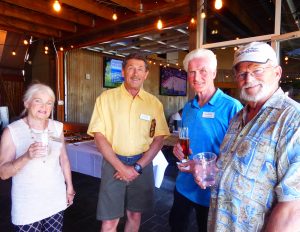 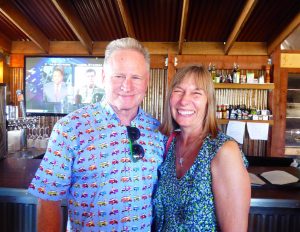 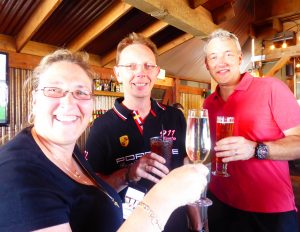 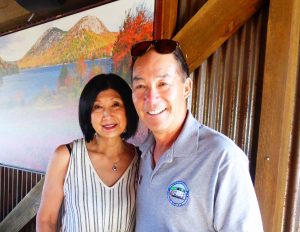 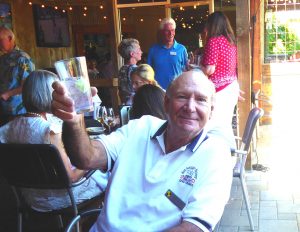 By 7:30 am Sunday morning everything was set up at Rancho San Rafael Park and our concours was officially open for business.  Many cars arrived early to complete final preparations.  After checking in with John and Debbie Hertel, they were guided onto the green for a photo stop with Craig Kugler and then positioned in place by John Strom.  Soon many beautiful Porsche cars dotted the horizon. 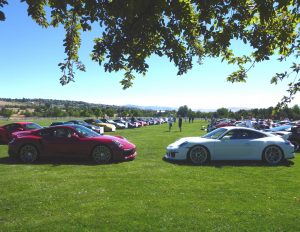 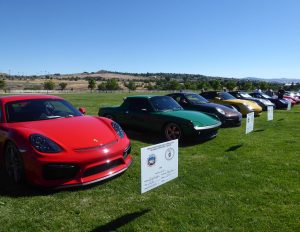 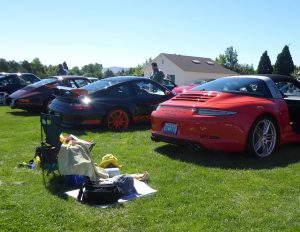 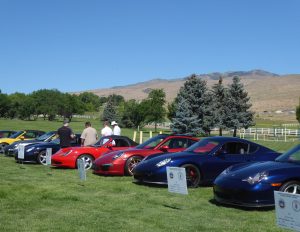 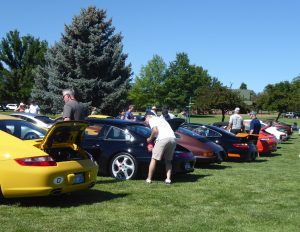 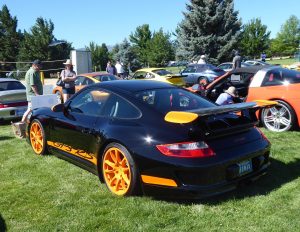 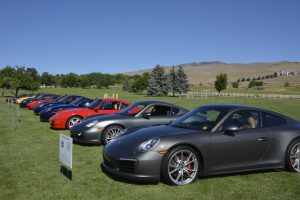 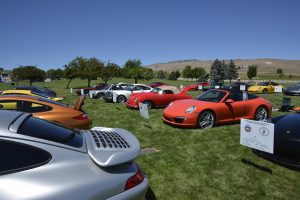 While the cars were getting into positon, people relaxed in the pagoda enjoying coffee, bagels and sweets donated by Einstein Bagels.  Raffle prizes were set on display and people perused their bidding options. 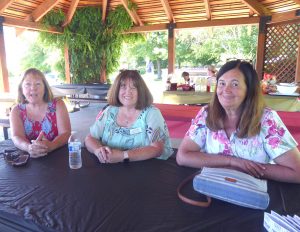 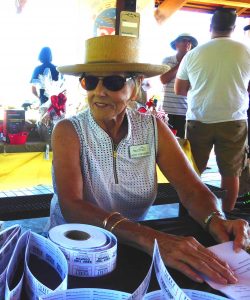 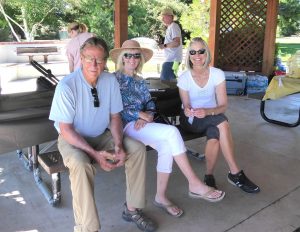 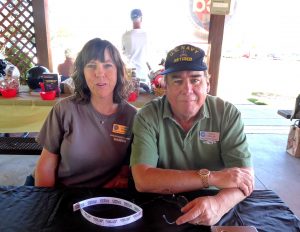 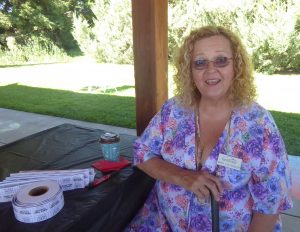 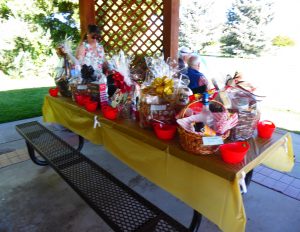 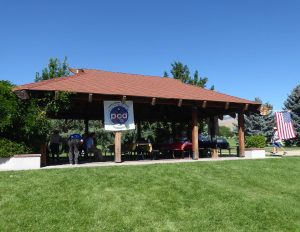 Next our Master of Ceremonies, Bill King, took to the mike keeping everyone updated on events and the judging countdown schedule.  Martin Sabbert played background music over his sound system.  We paused to observe our national anthem prior to judging, and then Dan Aynesworth and his team of judges went to work.  Judging was finished by lunch and everyone flocked to the pagoda for shade, refreshments and a terrific lunch organized by Steve and Mayla Kent. 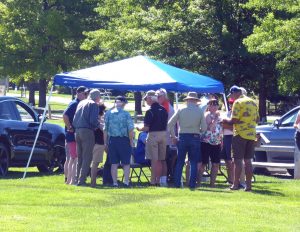 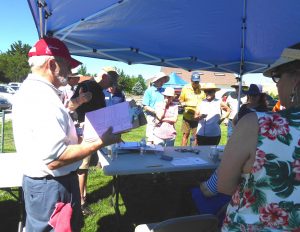 With lunch finished it was time for the awards.  Dan announced the winners, with photos taken of each holding their trophies.  Twenty-one trophies were awarded, with a special acknowledgment to Dave Shelton and his red Speedster for having won both 1st place in judging and People’s Choice. 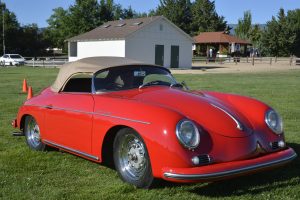 Following the car awards, Ragnar Kuehnert announced the winners of the Porsche tech quiz.  No surprise, Craig Kugler holds the 1st place award for another year.

This year our event included guest representatives from the club’s charity, AMBUCS, who brought a display of bikes they provide to benefit the disabled.  Our club rewarded them with proceeds from the best raffle we’ve ever had!   Alice Strom, Marylou Kugler and Ava Wozniak promoted great ticket sales.  Most important, a special thanks to all the members who brought raffle prizes to support our charity. 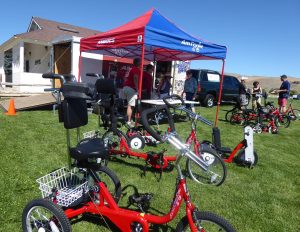 Finally, a special thanks to Porsche of Reno and all club members who worked on making our 2019 concours weekend such an enjoyable event.  Now that it’s over, one item remains:  review of member suggestions for next year’s event.  All ideas will be considered and help in the 2020 planning.

Many thanks again to all of you for bringing out your beautiful cars.  It was another great July concours weekend “on the green” at Rancho San Rafael Park!