The prize, awarded by the publications Bild am Sonntag and Auto Bild, is one of the most prominent in the European automotive industry. The 5.02-metre four-door vehicle won over the judges with its unique combination of typical Porsche performance, a high level of comfort and unrestricted everyday practicality. The Panamera was pitted against seven top-class competitors in the “sports car” category, beating the Honda NSX and the Aston Martin DB11. During a number of test drives at the test circuit in Balocco, Italy, a panel of 53 experts examined the quality of the new models in various disciplines, including driving dynamics, connectivity and design. The Panamera Turbo Sport Turismo was awarded first place by five out of the eight judging groups, among them editors-in-chief, engineers and connectivity experts. The most prominent members of this year’s testing panel included television presenter Barbara Schöneberger, country and western band “The BossHoss”, actor Richy Müller and up-and-coming racing driver Mick Schumacher.

The Golden Steering Wheel awards are known as the “automotive Oscars”

Dr Gernot Döllner, Vice President Product Line Panamera, attended the awards ceremony at the Axel Springer publishing house in Berlin, and expressed his delight at receiving this prize: “For the Panamera Turbo Sport Turismo to win such a prestigious award in the sports car category means a lot to Porsche, and makes me personally very proud. The Sport Turismo is a unique combination of performance, comfort and everyday practicality. The courage that Porsche showed in bringing to fruition a concept that is unique in this segment has been rewarded with this Golden Steering Wheel triumph. I would like to thank the readers and the panel of expert judges”.

The Golden Steering Wheel awards have been presented since 1976 by Axel Springer publications and are known as the “automotive Oscars” due to their international prominence. This year, 42 new models in five categories were put to the vote. In a first round of voting, millions of readers of the German motoring magazine “Auto Bild” and its sister publications in 17 European countries were asked to vote for their favourite vehicles. After the votes had been counted, the 20 finalists were identified. At the beginning of October, the finalists were put through their paces on the Fiat/Pirelli test circuit in Balocco and assessed by the 53 members of the judging panel. The panel is divided into eight specialist groups. In particular, the connectivity experts, editors-in-chief, engineers, celebrity judges and frequent drivers (Auto Bild readers) were completely won over by the impressive performance, extensive connectivity and the unique overall design of the Panamera Turbo Sport Turismo. Rally legend and member of the judging panel Walter Röhrl echoed this sentiment: “Every Porsche is a true sports car, as the Panamera Turbo Sport Turismo impressively demonstrated in Balocco. It offers plenty of space, is suitable for everyday use and yet is still an absolute knockout on the racetrack. In particular, the steering precision is phenomenal!”

The Panamera Turbo Sport Turismo is powered by a 404 kW (550 hp; Fuel consumption combined 9.5 – 9.4 l/100 km; CO2 emissions 217 – 215 g/km) biturbo eight-cylinder engine, which transfers its maximum torque of 770 Nm via the eight-speed Porsche Doppelkupplung (PDK) transmission to all four wheels. This impressive specification means that the five-seater Porsche can sprint from zero to 100 km/h in 3.6 seconds and reaches a speed of up to 304 km/h. The four-door sports car underlines its efficiency with an average fuel consumption of 9.5 l to 9.4 l/100 km. The degree to which the consumption und emissions values represent realistic figures is also taken into consideration in the “Golden Steering Wheel” voting process. The Porsche Panamera Turbo Sport Turismo also won over the judges in this regard. Based on the successful sports saloon, the new model variant has a versatility like no other vehicle in its class. With a large tailgate, low loading edge, increased luggage compartment volume and a 4+1 seating concept, the Panamera Sport Turismo meets high standards of everyday usability and flexibility without compromising on the typical Porsche performance. 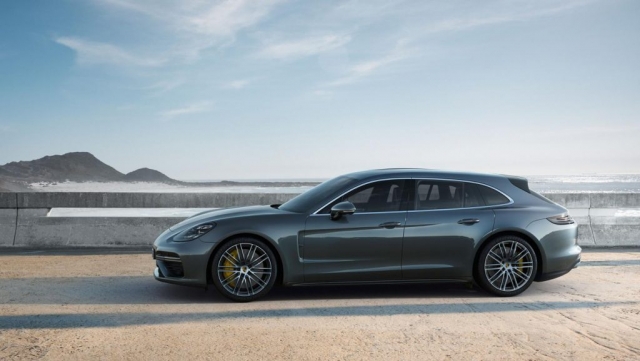 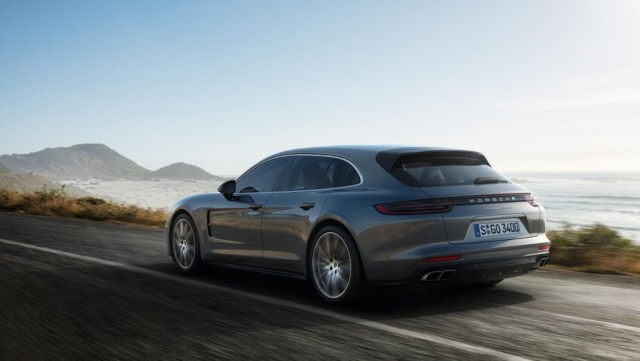 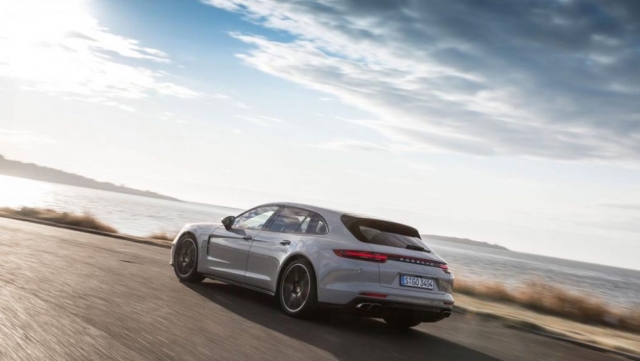 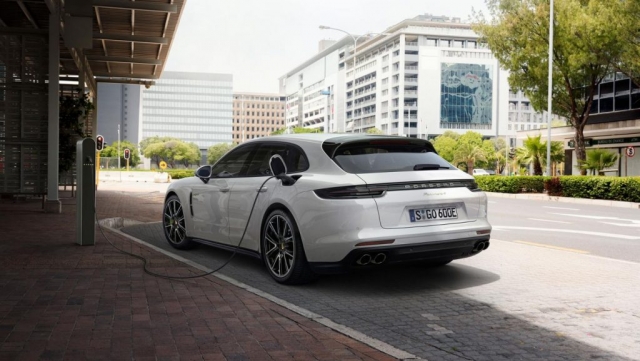 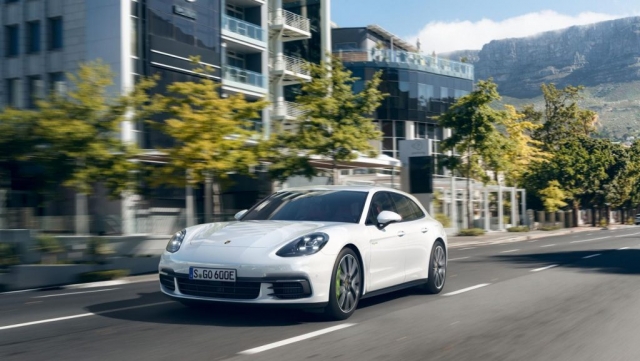 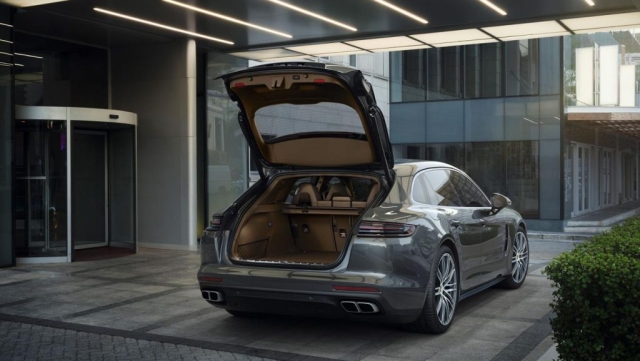 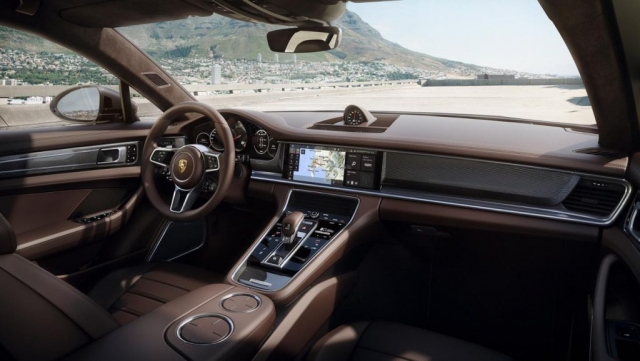 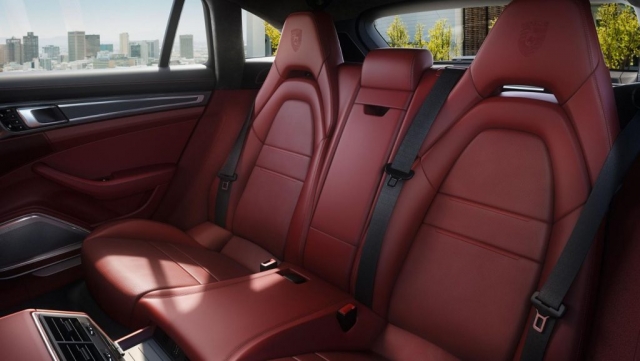