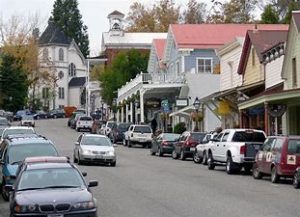 As is the norm this year of the pandemic, our drive across the Sierra to Nevada City, CA on Saturday, July 25  was a sellout, less than 24 hours after opening registration. As also is the norm, the lunch we had scheduled at Lefty’s Grill on the Yuba River in Nevada City was torpedoed at the last minute by California’s governor (rhymes with nuisance), who shut down all indoor dining in California until further notice. With no outdoor dining venue in Nevada City large enough to host the 50 participants on this drive, the club had to refund the money collected for lunch and inform the participants they were on their own once we reached Nevada City.

We assembled to begin this drive at the North McCarran Starbucks in Reno which was a story in itself. Most of us cruised the large shopping center for sometime looking for Starbucks signage and finding none, until a few that knew where the Starbucks drive-thru was located (behind a set of building) showed up to enlighten us. Our club treasurer (Barry) kept busy passing out lunch refund checks while we waited for the driver’s meeting and scheduled launch. Since there were 26 Porsches on this drive, we divided the cars into 2 groups and launched the second group 10 minutes after the first group, with the drive organizer Steve Kent leading the first group and Millie Smith’s driver leading the second group. What a beautiful 3 hour drive it was on this bluebird day, with all the variety in scenery you could imagine. We drove north on US 395 to CA 70, then onto CA 49, through rolling hills and small towns and across valleys. Once group 2 reached Sierraville they were surprised to be joined by Dave Shelton in his Sierra Gold (fittingly) 997. From this point on until the drive reached Nevada City the drive turned really interesting. CA 49 became a 5 star Porsche road as we climbed through and over the Sierra Nevada range, navigating hundreds of curves next to white water rivers, through forests of towering pines and firs and through small mining towns (built during the Gold Rush). Both groups stopped for comfort just beyond Sierra City where the pictures you see below were taken. 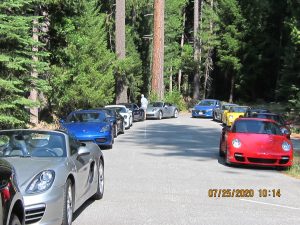 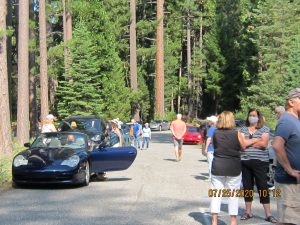 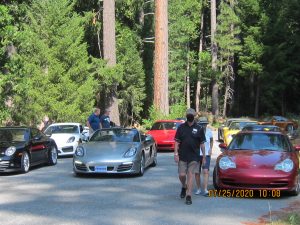 Then we were off again with group 2 starting 10 minutes behind group 1, as we travelled through a couple of traffic light-controlled 1-lane stretches and a 1-way bridge on the way to Downieville and North San Juan. With the tail of group 1 in sight, group 2 stopped along the shoulder to reassemble just short of Nevada City. Then it was on to the Broad Street exit and the surprise Nevada City had waiting for us. The city had chosen this Saturday to close Broad Street to traffic before reaching downtown and detoured us South and East over unfamiliar back roads and through several stop signs, with no indication of how to reach downtown. The result was total confusion and fragmentation of both tour groups. On the plus side we got to see parts of Nevada City we had never seen before. Some participants never made it to downtown Nevada City and only 5 Porsches made it to Lefty’s parking lot. After waiting for others to arrive and considerably discussion, 4 of these Porsches exited Lefty’s to enjoy a socially-distanced alfresco lunch at Maria’s Mexican Restaurant in Grass Valley, before returned home via East 20 and North 80. The return trip was uneventful, save for the classic Dodge Charger that was persistent but unsuccessful in its attempts to induce the Porches to engage in a road race up North 80.

Below are some additional scenes from Nevada City, CA. 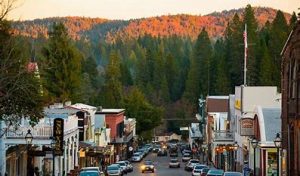 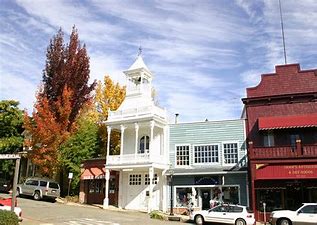 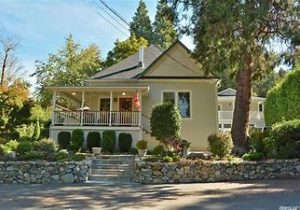 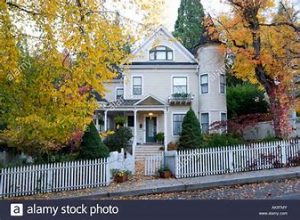