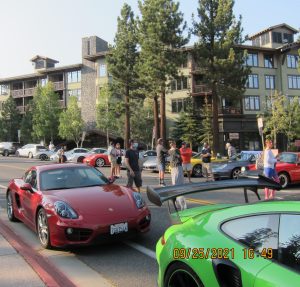 Over the weekend of September 25-27, 50 Porsches from five Zone 7 regions (Diablo, Golden Gate, Loma Prieta, Sierra Nevada, Yosemite) took part in the 2021 Edition of the Mammoth High Alpine Porsche Tour. Tour events began Friday night with a Meet & Greet upstairs at the Mammoth Brewery/EATery. Here acquaintances with past attendees of this tour were renewed and new attendees were welcomed. Many were the stories of past tours that were exchanged that night, although … there may have been a couple of exaggerations/embellishments.

Tour originators Mark Coronado and Greg Kugler braved the 40-degree temperature at 7 am Saturday morning to park Porsches as they arrived at the tour start point. Millie and Ozzie Smith were on hand with their clipboards seeing that attendees signed the PCA waiver and handing out packets with schedule, turn-by-turn driving instructions and maps. The temperature rose with the sun, eventually reaching the low 70’s by noon. The early morning wind had blown out the smoke from the Sequoia fire, presenting the attendees with optimal tour conditions of sunshine, blue skies, fall foliage and sparkling lakes. The clean alpine air was a treat for many of us who had suffered through the smoke of another summer of Northern California fires. A Driver’s Meeting was held at 9 am where safety was stressed, the three different tour groups start points and launch times were explained, and the tour group leaders and sweeps introduced. Tour Group 2 launched first at 9:30 am, headed around the 100+ mile route in the clockwise direction. Tour Group 1 took off a couple of minutes later, along the route in the counterclockwise direction. Tour Group 3 left 15 minutes after Tour Group 1, also in the counterclockwise direction.

No flat tires or mechanical problems were experienced by any attendees (we were driving Porsches, after all), although there were a couple of interesting anomalies. About two-thirds of the way around East 120, from Benton Crossing Road to 395, the sweep for Tour 3 spotted a Silver Cayman from Tour 1 by the side of the road and slowed to stop until waved on by the driver. The Silver Cayman soon caught up and joined Tour 3.  As it turned out, the 20 or more giant dips on this part of the route had necessitated an unplanned stop to relieve the driver of his morning coffee. Later at lunch (again at the EATery) we heard that one of the Porsches in Tour 2, traversing the route in the clockwise direction, had missed the right turn onto Benton Crossing Road from East 120 and had continued on to Benton and Bishop, before heading back up 395 to Mammoth Lakes, adding some 80-90 miles to the drive and making it more scenic than expected. In this case the driver was driving solo without a navigator and had no chance to refer to the turn-by-turn instructions. The sweep on Tour 2 saw the missed turn and was faced with a difficult decision, stay with Tour 2 or chase down the errant Porsche … he elected to stay with the tour. 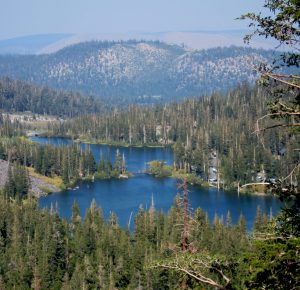 At 2 pm Saturday, the tour to the lakes 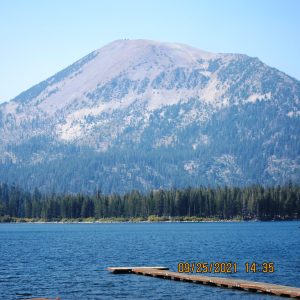 of Mammoth Lakes left the EATery parking lot and set off along Lake Mary Road toward Horseshoe Lake. Typically, we get about 15 Porsches for this short and leisurely drive that winds past Twin Lakes, Lake Mary, and Lake Mamie, terminating at Horseshoe Lake. This year 40 Porsches participated, some stopping at the Twin Lakes overlook and an adventurous few taking the Lake Mary Loop Road on their way back.

Then at 3 pm, the town closed off Canyon Road from the Village Gondola to Hillside Drive and we began parking our Porsches for public display. We drew quite a crowd with over 30 Porsches displayed, answering many questions, some of the most memorably from young men on mountain bikes, passing by after a day on the mountain (future PCA members I like to think). Some of the folks staying at the Village Lodge didn’t appreciate the road closure and took some convincing to turn their vehicles around and enter the lodge from another road. Many thanks to the display participants that took turns manning the barricades to allow the town shuttle buses and emergency vehicles to pass through while denying access to all others. 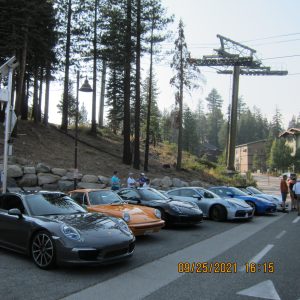 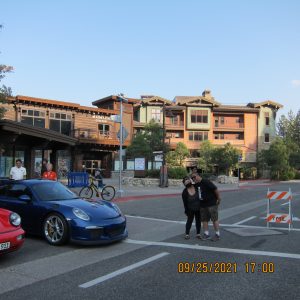 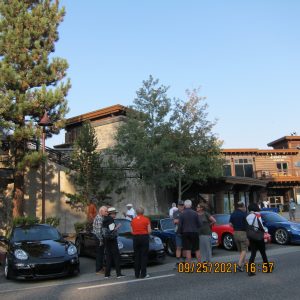 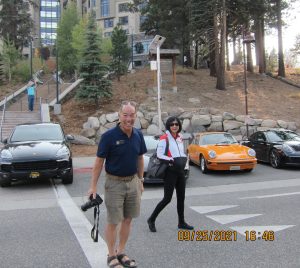 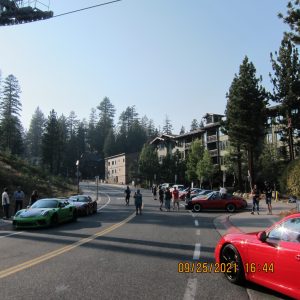 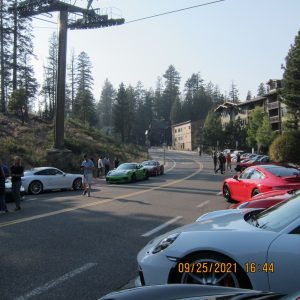 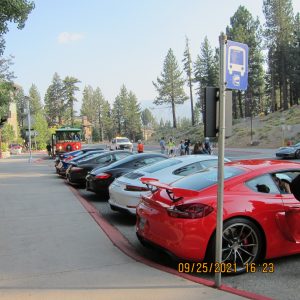 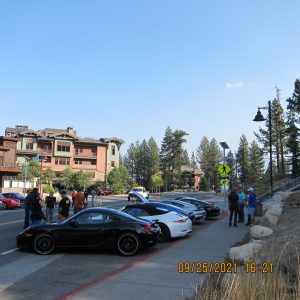 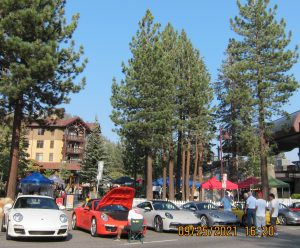 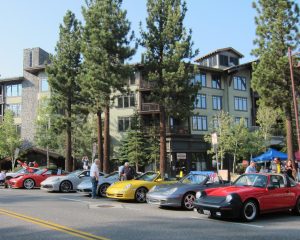 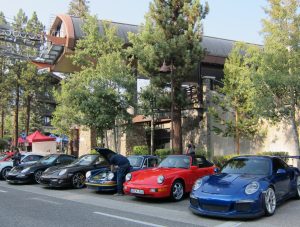 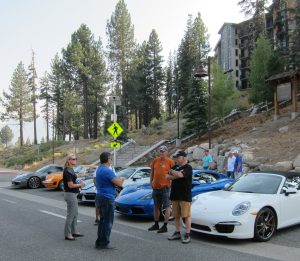 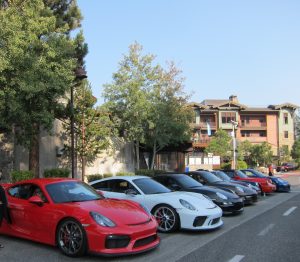 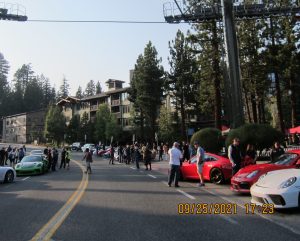 Beginning at 6 pm, display participants began the short walk to Burger’s Burgers for dinner where the upstairs was reserved for tour participants. Other participants and town representatives stayed behind to guard the displayed Porsches. This was the last organized event of the 2021 tour and we said our goodbyes at Burger’s and back at the display when we retrieved our cars. We look forward to next year’s event when we can return to our traditional date of Father’s Day weekend. 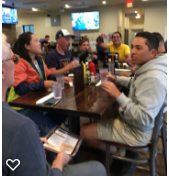 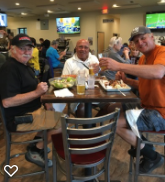 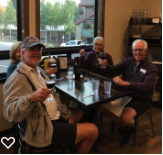 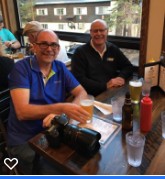 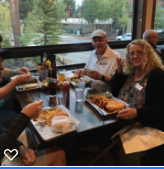 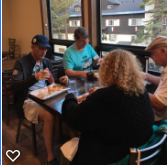 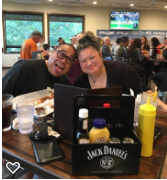