The club’s 2019 Holiday Party was a big success with almost 60 members of the Sierra Nevada Region enjoying both the ambiance of the Sierra Art Gallery room at the Wild River Grille and, of course, each other’s company. The festivities began at 5:00 pm with no host cocktails and followed at 6:45 pm by a buffet dinner, 45 minutes later than scheduled. Everyone enjoyed the food, the wine selections were good (although dear), and many were the club stories that were shared.

After dinner, Debby and John Hertel were presented with the first annual “Deven Hickingbothem: 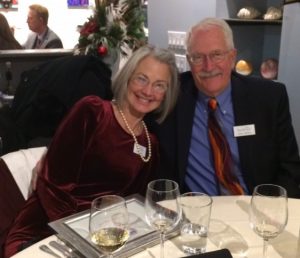 Volunteers of the Year” award and, even better, 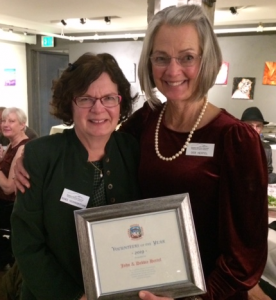 a bottle of Champagne as a reward. Recalling Deven’s fondness for a good Champagne, I know he was smiling down in approval. This award as always was a difficult choice for the Board as so many members have generously contributed their time and effort to the club throughout the year.

Following the award presentation, the items donated by SNR members were raffled off and, together with the ornament sales, raising $651 for AMBUCS, our favorite charity. For those that don’t know AMBUCS, they builds custom bicycles for handicap children. The first raffle items were posters of two RSR Porsches chasing each other down the corkscrew at Laguna Seca, at the Monterey Sportcar Championship this September. Much to our

amusement Pete Dickinson (shown to left) held the winning tickets for six of the eight posters, although I think he kept only 1 or 2. Clearly, Pete really liked that poster. Among the lucky winners, Mary Lou Kugler was pleased to win a model of the first generation Boxster, explaining that her granddaughter will receive it, as she has been wanting her own Porsche and can hardly wait until she is old enough to drive Craig’s GT4 (fat chance). Denise Lewis won the breakfast basket containing gourmet coffees, chocolates, and other goodies. Several of us invited ourselves for breakfast to help sample her prize, and were surprised when she replied, “Come on over.” Dan Aynesworth and Vicky Shultz (shown below) were a couple of the other big winners. Sorry we didn’t get pictures of more of the raffle winners, we’ll try to do better next year. 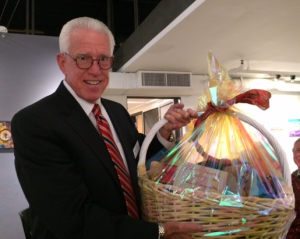 Many thanks to the Craig and Mary Lou Kugler and others for showing up early and helping with event setup. Also, thanks to Ted and Karyn Coleman for donating the Porsche logo, Christmas tree ornaments and plate, sold to benefit AMBUCS. Thanks to Mary Lou for handling sales of the ornaments, to Craig for helping with the raffle, and to Alice Strom for selling all those raffle tickets and for taking most of these pictures. And, last but not least, thanks to those that donated raffle items and to all that generously participated in the raffle. What a good time we had! 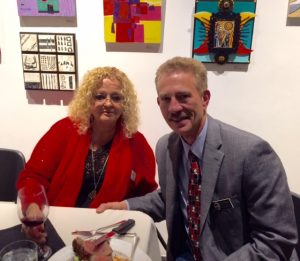 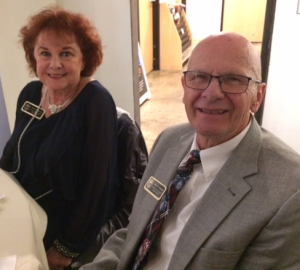 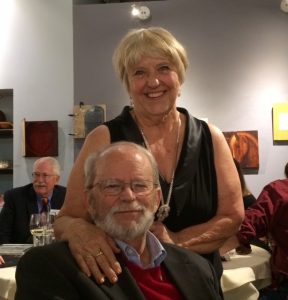 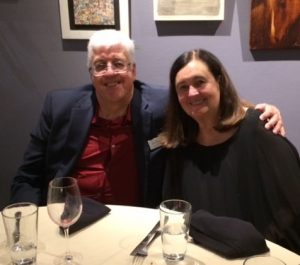 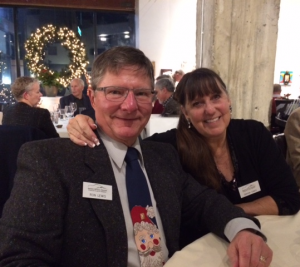 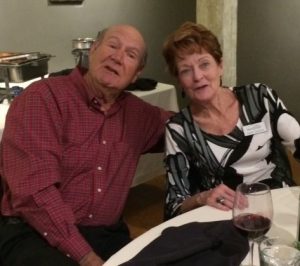 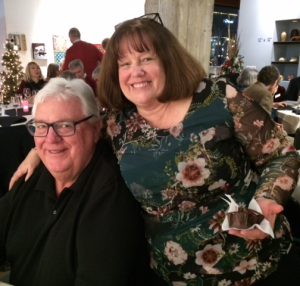 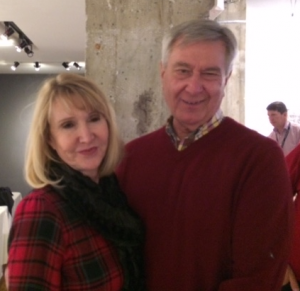 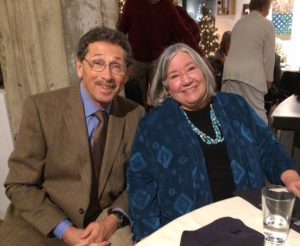 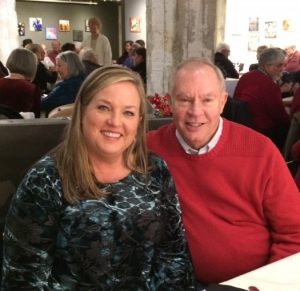 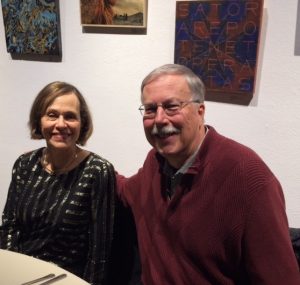 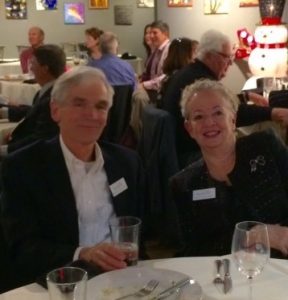 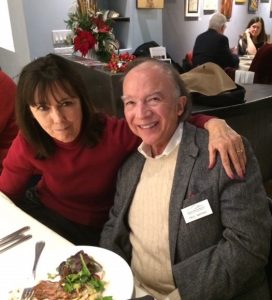 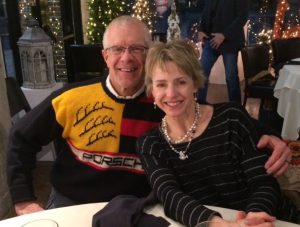 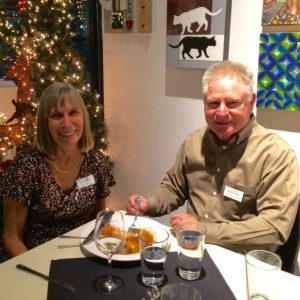 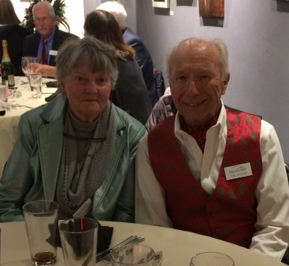 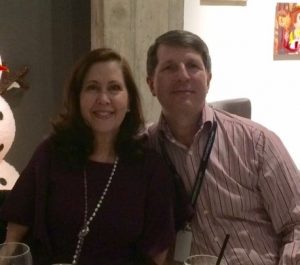 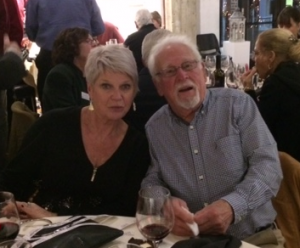 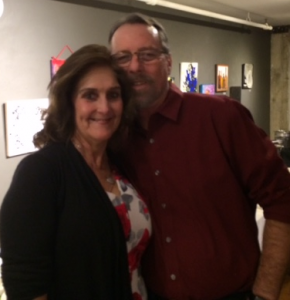 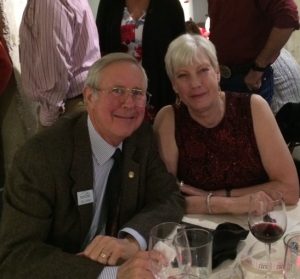 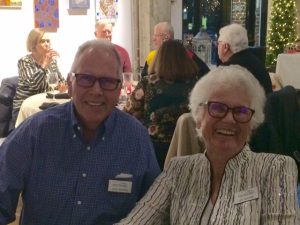